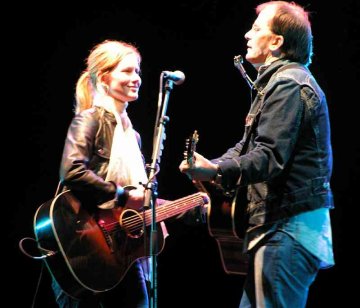 I have two words for Steve Earle: You dog!! He must have the charms of Casanova, because he continues to seduce the ladies into taking his hand in marriage. His latest – sixth, seventh, eighth? – bride is none other than the lovely and very talented Allison Moorer. I’m not privy to the story behind their courtship, but they spent Steve’s last tour together with Allison in the opening slot. Steve also produced Allison’s latest release, ‘Getting Somewhere’, which was released last Tuesday (June 13) on Sugar Hill Records. 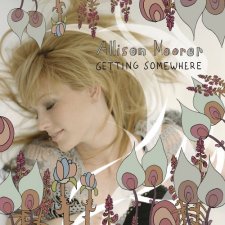 From the the three tracks I’ve heard, it certainly has that Earle / Twangtrust vibe to it, and – well, I eat that stuff right up like a pint of Cherry Garcia. You certainly hear it on “Fairweather”, which was co-written by Earle. Driving pounding drums, those crunchy guitar riffs… 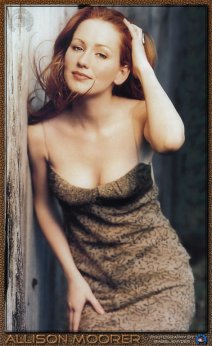 Allison made quite a splash in 1998, when her song “A Soft Place to Fall” was included on the soundtrack to ‘The Horse Whisperer’ (one of the best soundtracks I own). That same year, her debut, ‘Alabama Song’ was released on MCA Records.

Allison and her older sister, Shelby Lynne (also a country-esque singer/songwriter) overcame quite a tragic event in their childhood to find success in the Nashville music scene. When they were both teenagers, their alcoholic father shot and killed their mother in the driveway of their Alabama home, and then turned the gun on himself – all while Shelby and Allison looked on. Shelby, who was 17 at the time, raised Allison for the remaining years of her adolescence. Sickening and tragic to even comprehend, but Shelby and Allison have persevered.

What I like about Allison (and her sister) are their refusal to bow down to the Nashville Country Machine, which churns out the cookie cutter singers as products, ruled by the almighty dollar (which country radio eats right up). I like the Nashville rebels, and Allison’s link-up with Steve Earle (in the musical and poetic sense) confirms what I knew I liked about her: artistic integrity and a perpetual middle finger to the “system” (even though Steve Earle sold “The Revolution Starts Now” to a Chevy commercial, but I choose to overlook that).

So take a listen to some Allison Moorer music. Here’s the song from the ‘Horse Whisperer’…

Allison Moorer: A Soft Place to Fall (mp3) – from The Soundtrack to the Horse Whisperer.

And here’s some RealPlayer goodness from her latest album, ‘Getting Somewhere’, her second release on Sugar Hill Records.

Allison Moorer: Fairweather (rm) | New Year’s Day (rm) | How She Does It (rm) – RealPlayer is required for these three