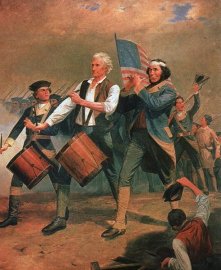 Happy Independence Day to my country, the United States of America. Granted, these aren’t the best of times politically, environmentally, etc., but she will endure. A step in the right direction would be to insert George W., Dick Cheney, Rumsfeld, and the rest of the Washington bozos into the cargo hold of the space shuttle that launches tomorrow from Cape Canaveral. Drop ’em off at the moon. Thanks. 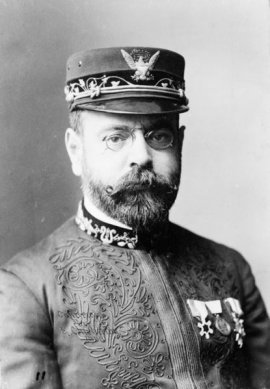 So allow me to queue up a John Phillip Sousa classic march. Composed by Sousa on Christmas Day, 1896, it soon became Sousa’s magnum opus. 110 years later, the march is just as moving and inspiring as ever. Sousa (1854-1932) was a very interesting man: freemason, trapshooter, horseman, and writer. He wasn’t too excited about the emergence of the phonograph (that’s a record player, young ‘uns) in the early 20th century. He submitted the following to a congressional hearing in 1906:

These talking machines are going to ruin the artistic development of music in this country. When I was a boy…in front of every house in the summer evenings, you would find young people together singing the songs of the day or old songs. Today you hear these infernal machines going night and day. We will not have a vocal cord left. The vocal cord will be eliminated by a process of evolution, as was the tail of man when he came from the ape.

An interesting thought. What would he think of the iPod? The Blackberry? The fact that Paris Hilton has a hit single on the Billboard charts? Speaking of the Billboard Charts, here’s the most recent Billboard Hot 100… 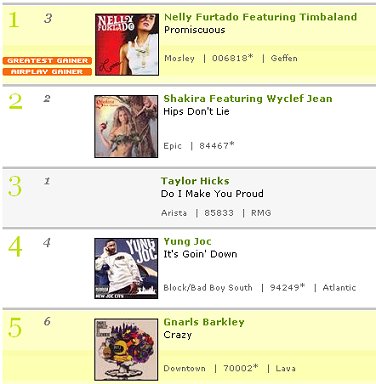 I’m at least familiar with 4 out of the 5 (they lost me at Yung Joc). Nelly Furtado and Shakira at the #1 and 2 spots? Approved! (on aesthetic quality alone).

So back to the 4th of July. Crank up the talking box and get in the spirit!