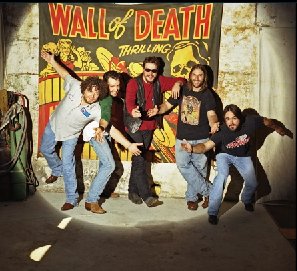 There’s just something about me and Texas music. Steve Earle, Townes Van Zandt, Old 97’s, the Reverend Horton Heat, Jerry Jeff Walker, Blaze Foley, Joe Ely, etc. etc… some damn fine music has its roots in that big ol’ state. There are two music meccas I have yet to visit, but one day certainly will: New Orleans and Austin, Texas. Since the late 90’s, Reckless Kelly has been one of the greatest roots rockin’ Austin bands around.

Reckless Kelly is made up of brothers Willy and Cody Braun, David Abeyta, Jimmy McFeeley, and Jay Nazz. Willy and Cody, originally from Challis, Idaho, started off touring with their dad in a Western Swing band called Muzzle Braun & the Boys. They relocated to Austin in 1997 and have been tearing it up as Reckless Kelly ever since. They can count Joe Ely as one of their fans. I just posted about Joe Ely. It’s all connected, man. Scary. 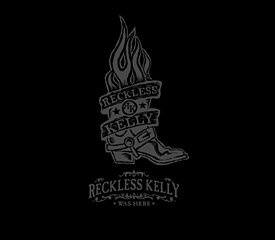 On August 8th, Sugar Hill Records will release ‘Reckless Kelly Was Here‘, a 2-CD collection of a live performance at La Zona Rosa in Austin. Also included is a very impressively shot DVD of the performance. I’ve been getting more and more into these guys the more I hear ’em. Come to Arizona, boys.

Here’s a couple of special sneak peeks at the upcoming release. One showcasing their great version of a Richard Thompson tune, and another that shows off their sense of humor, which really comes across in their live show. As a father of two little girls, anyone who can work the Wiggles into a wild Texas rock n roll show is OK by me.

Being James Brown, by Jonathan Lethem