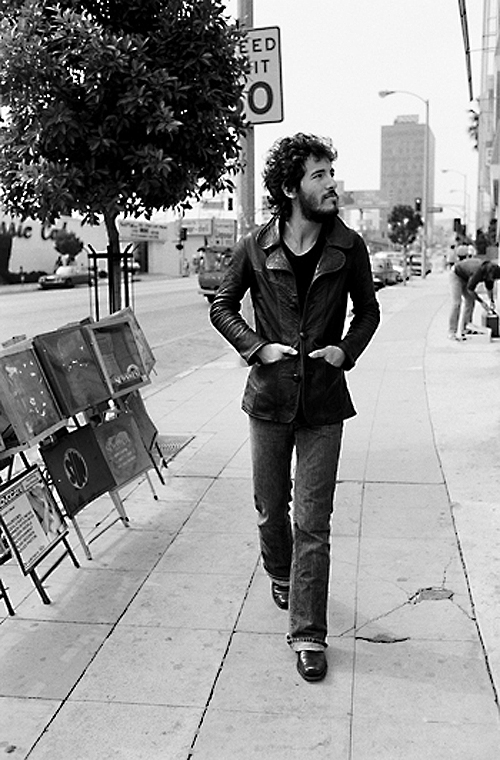 I came across this 1973 radio broadcast of Mr. Springsteen live in the WBCN Boston studios. Brucebase has the details…

Bruce’s first-ever radio station performance and still the earliest circulating “live” material with the E Street Band. The silky-voiced female DJ is the legendary Maxanne Sartori. The very good quality circulating audio (recorded off the airways and available on the CD “BOUND FOR GLORY”) includes the entire show except that it’s missing nearly all of “Blinded”, plus some concluding discussions about Bruce’s upcoming tour plans. Allegedly a complete (but poor quality) tape of the show was circulating briefly in the Boston area during the mid – 70’s, but it seems to have vanished from the tape trading pool. There are some funny moments in this show. Bruce introduces Clarence as his biological brother. At one point Sartori asks Bruce to perform his mysterious “long-lost hit from the 60’s” – to which Bruce replies that people will have to come to Paul’s Mall to hear it in the “Las Vegas part of the show”. In addition to the band (minus Lopez), co-manager Jim Cretecos, roadie/soundman Albee “Albany Al” Tellone and CBS rep Ed Hynes are in the broadcast studio…

So while we Boss fans await his next move, let’s jump back to the beginning… (links are MP3’s).

The Future is Now