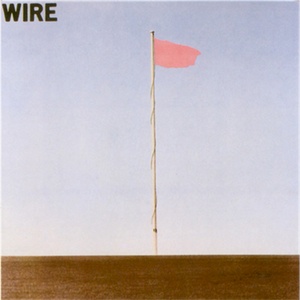 On to another UK punk band formed in 1976, a band I had quite frankly never heard of until yesterday (thanks melchman for bringing in their debut CD). Wire was right there though, putting out a brand of art punk / post-punk that influenced later artists like Henry Rollins, REM, and the Minutemen, to name a few.

Pink Flag was their debut, released in December 1977. It’s 21 songs of thrashing punk rock, several of the songs clocking in at under a minute. This one’s just over a minute long.