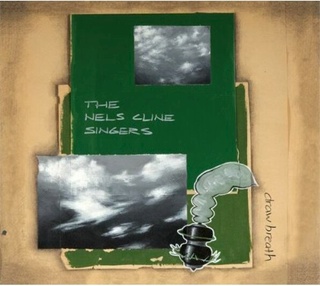 Many people heard of Nels Cline for the first time when he accepted Jeff Tweedy’s offer to become Wilco’s new lead guitarist in 2004. But Nels’ stature in the improvisational music community was already well established. One of his ongoing side projects (I guess you’d call it) is the Nels Cline Singers – a misleading moniker if there ever was one because, well, ain’t much singing goin’ on in the Nels Cline Singers. What the Singers do is assault the listener with sounds you don’t often hear emanating from a guitar, a bass, and a drum kit. Accompanying Nels’ guitar is Devin Hoff on stand-up bass, and Scott Amendola on drums and assorted electronic gizmos.

These aren’t carefully crafted pop songs. These are wild, spontaneous, very in-the-moment improvisational pieces that range from 3 to 16 minutes.

If you want to explore the outreaches of your musical horizons, and hear Wilco’s guitarist completely unrestrained and in his element, pick up Draw Breath, the new CD from the Nels Cline Singers. This one is the most rock-oriented of the bunch.

And a Bang on the Ear