Gonzo takes the wheel for a review of Debbie Harry’s new album. – Pete…. 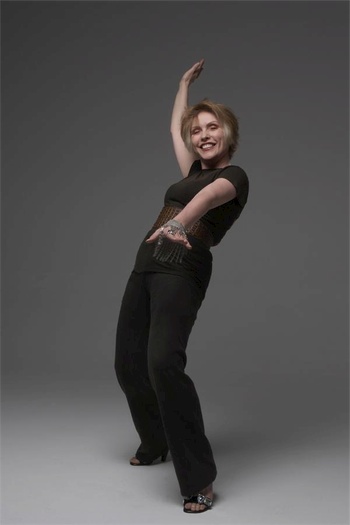 I have to begin by admitting two things. First, I’m a big Blondie fan. I have all of their albums on vinyl, minus the contract-filling Hunter. I’ve often said that New York City in the mid-late 1970s is my favorite music ‘scene’ of all time. Along with the Talking Heads, Patti Smith, The Shirts, Television and the Ramones, Blondie is one reason for my view. Secondly, I confess that I haven’t followed Debbie Harry’s solo career with any level of depth. That said, I was intrigued when given the opportunity to review Harry’s latest solo disc, Necessary Evil.

The album’s opening tracks set the tone for the rest of the album. In general, the songs on Necessary Evil retain Allen’s roots in the new wave and pop music of the late 1970s/early 1980s. Whether this is conscious or not, this aspect of Harry’s most recent work fits in well with the current trend of retro-new wave acts such as The Killers. Yet in addition to recalling Harry’s most well known work with Blondie, the album combines this aesthetic with contemporary conventions of indie rock and electro dance music. The result is admittedly not anything to write home about. While Harry is able to bridge the past with the present, the product of this marriage is sadly not particularly unique or groundbreaking. Still, that’s not to say that the songs are without merit.

However, the failure of the album is its lack of brevity. At 17 tracks, the disc gets to be a bit tedious. While I doubt that it would create a landmark album, trimming some of the fat on Necessary Evil could at the very least have led to a more solid and enjoyable disc.

In short, Necessary Evil is enjoyable for what it is. It isn’t earth-shattering, but it shows that Harry has maintained her competence in form and execution. Overall, I give it a solid ‘C’ grade.

Necessary Evil hits the shelves on 9/17 in the US.