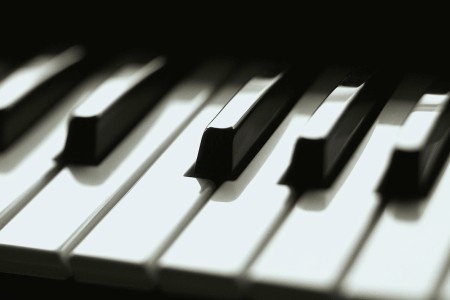 Occasionally you come across cover tunes that so perfectly capture the original sentiment and transcend it with a renewed sense of devotion. This cover of the Dave Matthews Band song “#41” is an example of just such a track. I’ll admit that I know very little about the performer of this song. I found it quite a few years ago while participating in a discussion on a DMB message board. I know that it was arranged and played by a (then) college student named Jay Wood. I know that it was recorded sometime in 2003. That’s about the extent of what I know about the tune. My wife and I used this particular piece of music as the recessional in our wedding ceremony. To me, it captures the beauty of the lyric and melody perfectly with just the piano and makes for a perfect soundtrack to this rainy Monday in New England.