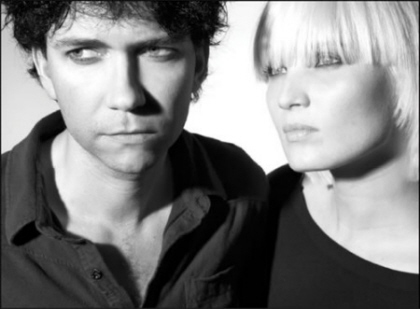 The Raveonettes are undoubtedly one of my favorite bands of recent years. They incorporate elements of garage, girl groups, surf and wall of sound in ways that somehow manage not to sound passe. I’m also enamored with their harmonized vocals, which always seem to grab me. Last year, the band issued its fourth release, Lust Lust Lust, which just recently made it to U.S. shelves (with bonus tracks – score!).

The album continues the band’s trademark sound. Initially I didn’t feel it was too different from 2005’s Pretty in Black. But the more I listen to it (particularly since picking up the US version), I find myself reevaluating my take a bit. Granted, the band’s previous three releases each have a more distinct sound from each other. Lust Lust Lust seems to me a combination of Pretty in Black’s focus on girl group-style pop with the garage emphasis of 2003’s Chain Gang of Love. The result = a splendid rock album with pop sensibility and an awareness of its roots.

“Aly, Walk with Me” opens the album, and has been obsessing me for the last week following the band’s performance on Letterman. Check it:

The Raveonettes – Aly, Walk with Me (mp3)