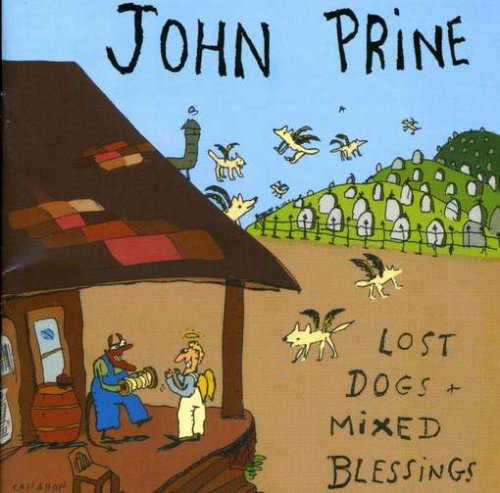 There’s something about a sunny Sunday morning and the music of John Prine that just seem to go together. Hmm, a weekly Sunday post featuring a Prine tune? I’ll mull that one over.

, a collection of warm & witty tunes featuring the likes of Tom Petty, Bruce Springsteen, and Bonnie Raitt. The follow-up album four years later came in the form of Lost Dogs & Mixed Blessings. While not as strong end to end as its predecessor, it also contains its share of brilliant moments, with the same biting wit of John’s songwriting and the production also handled by then-Heartbreaker Howie Epstein (another talent lost to heroin addiction).

“Lake Marie” is one that certainly crafts an interesting story, and has a chorus that sticks in your head. It tells the story of a lake on the Illinois-Wisconsin border, the makings of a marriage, and oh yeah, a double homicide: “Their faces had been horribly disfigured by some sharp object / Saw it on the news / On the TV news / In a black and white video / You know what blood looks like in a black and white video? / Shadows. Shadows! That’s exactly what it looks like“.

Some lyrics are unmistakably John Prine: “Many years later we found ourselves in Canada / Trying to save our marriage and perhaps catch a few fish / Whatever came first“.