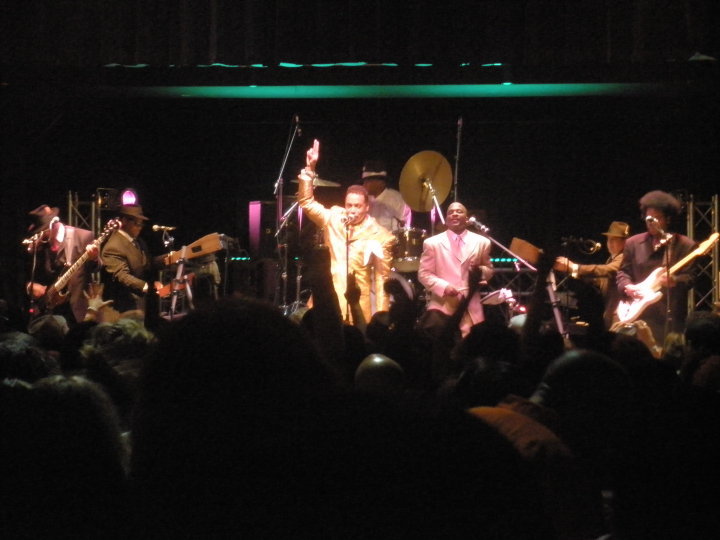 I wish I was Morris Day.

This desire might seem odd coming from someone who is quite literally whiter than anyone – including all white people – on the entire planet. As Morris said long ago, “You got to shake your ass like the black folks, you might get some tonight!” Needless to say, I can’t really shake my ass without eliciting laughs and hardy guffaws from my family and friends. This has always been a source of enormous consternation on my part given the undeniable fact that I love funk and soul so much that they are pretty much exactly like my blankie that I had when I was a kid.

When it comes to the greatest funk band in history I’m not white, though, I’m CLEAR. And I always will be for The Time. 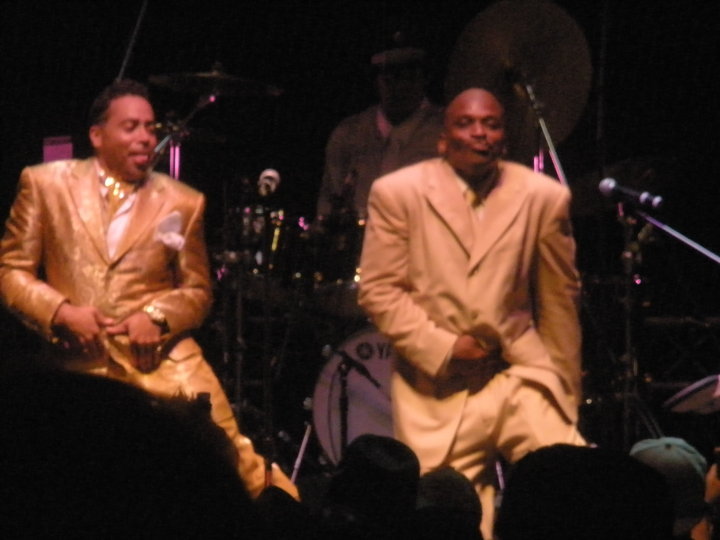 I had heard the original line up of Morris Day, Jerome Benton, Jesse Johnson, Jimmy Jam, Terry Lewis, Monte Moir and Jellybean Johnson was back together again making a new record produced by Jam and Lewis. More importantly, there was little or no involvement by Prince. It would truly be a Time record unlike their first four releases. My favorite of those four will always be Pandemonium simply because the tyrant from Chanhassen allowed Jam and Lewis to really take the reins and make a great record with some of his songs. In so many ways, that record sums up the very essence of the band: silly, fun, happy, sexy, and super funkilicious.

Of course, I had seen Morris Day’s touring version of the Time with Jellybean, Moir and sometimes Jerome over the years but not the original (and best) line up. The yearning to see the original line up has always been strong and when I heard about the new record, I was amped that a tour would be forthcoming. That feeling went nuclear when I heard that two quick gigs were planned to get the band “feeling tight again” as Jimmy Jam put it. One was scheduled in Detroit and one in the band’s hometown – my hometown -Minneapolis. I found out about it two days before the show and snagged a ticket immediately.

The venue that was chosen was quite ironic. Now called Club Epic, it used to be Prince’s old club from the 90s, Glam Slam. They have since remodeled and it really looks and sounds fantastic. Everyone was in a great mood, dancing to the DJ and waiting for the band to come on. When they did, it was (pardon the pun) Pandemonium. Minnesota loves it’s hometown heroes and the adulation was insane – stunning really – when Morris and Co. first took the stage.

Their set list was the same as the Detroit show two nights earlier, and simply spectacular. “Wild and Loose” and “777-9311”, both almost 30 years old now, sounded as fresh as ever. Songs from Pandemonium (“Blondie”, “Jerk Out”) were completely out of sight. I also quite enjoyed “Skillet”, a hilarious number about the joys of cooking and food. 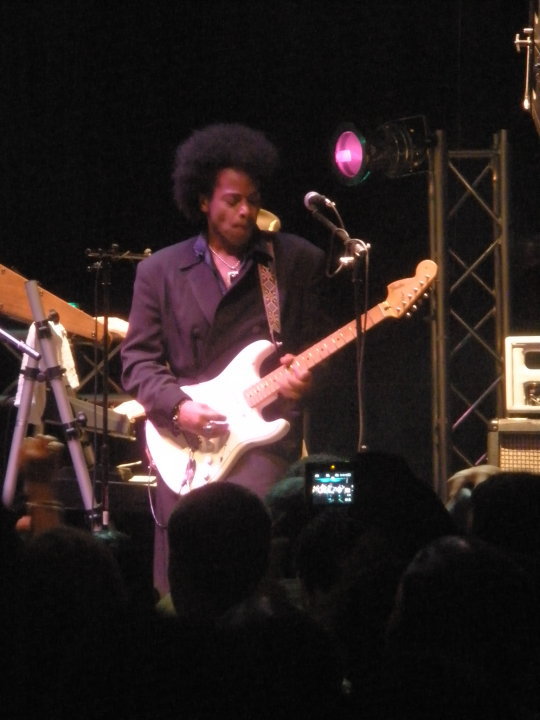 The real treat of the night was Jesse Johnson. That guy can fucking play the guitar! There were moments when I felt the spirit of Jimi Hendrix and this was never more true than his mini 4 song solo set in the middle of the show. Playing old and new songs, Jesse stunned the crowd with his prowess on his gorgeous white Fender. Honestly, I really felt blessed to witness it.

The show wrapped up with the customary girls on stage for “If The Kid Can’t Make You Come”, a loving and dedicated-to-Minneapolis “Ice Cream Castles”, a heartfelt and surprisingly crushing “Gigolos Get Lonely Too”, a military crisp version of “The Walk” with the whole band dancing, and anyone who wanted onstage for the melee know as “The Bird”. As the rest of the band filed off to await the encore cheers, Jimmy Jam and Jerome Benton stayed on stage to thank all of us for starting their careers and talked a little bit about the new record due soon. Jimmy Jam is just a class act. No doubt about it. Everyone came back out and they did “Jungle Love” (natch!), and were then sent off into the night dreaming of phone numbers, sticks, COOL, birds and gigolos. Weary eyed, I dreamed of what always do…

I wish I was Morris Day.

More photos after the jump… 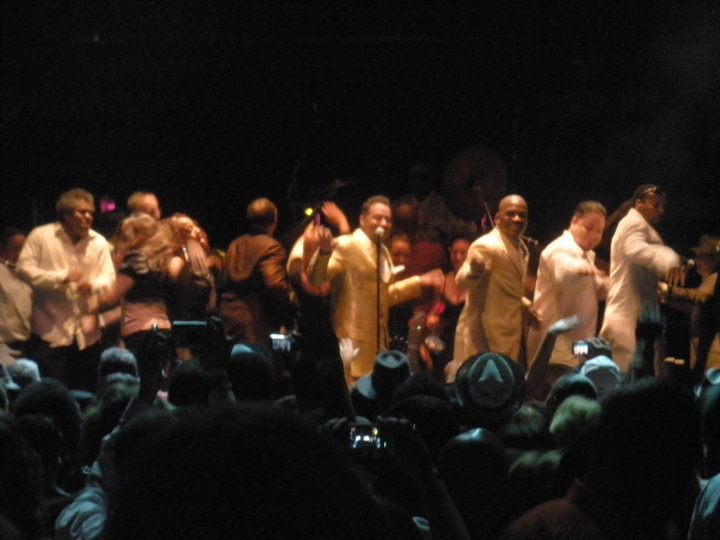 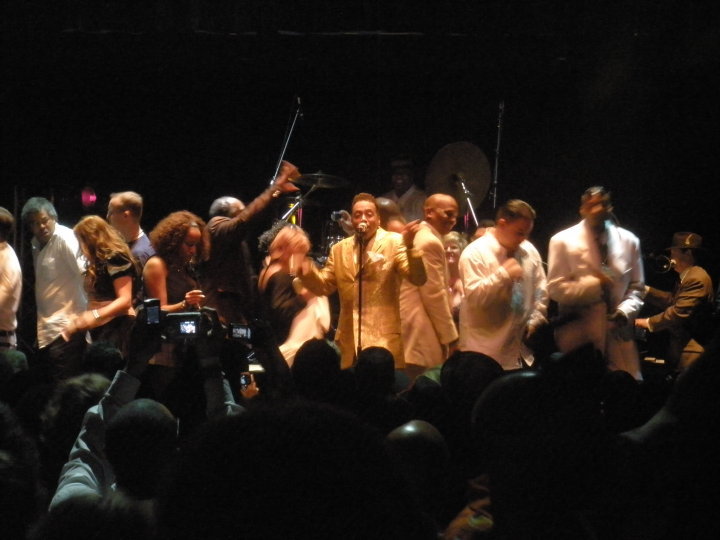 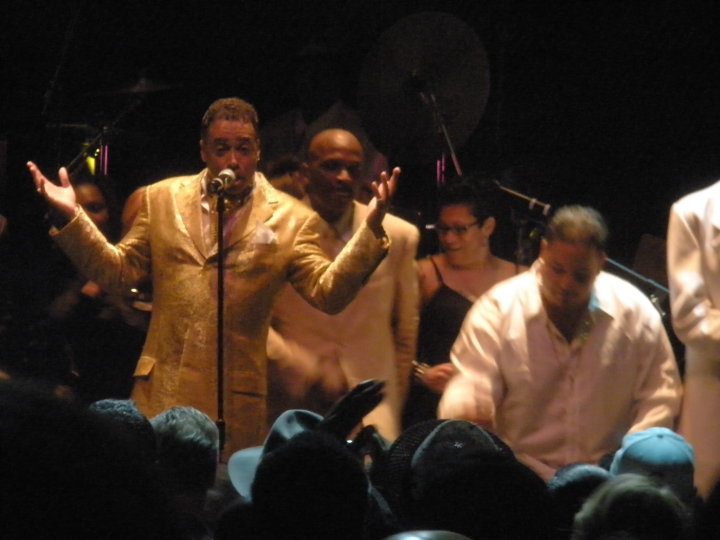 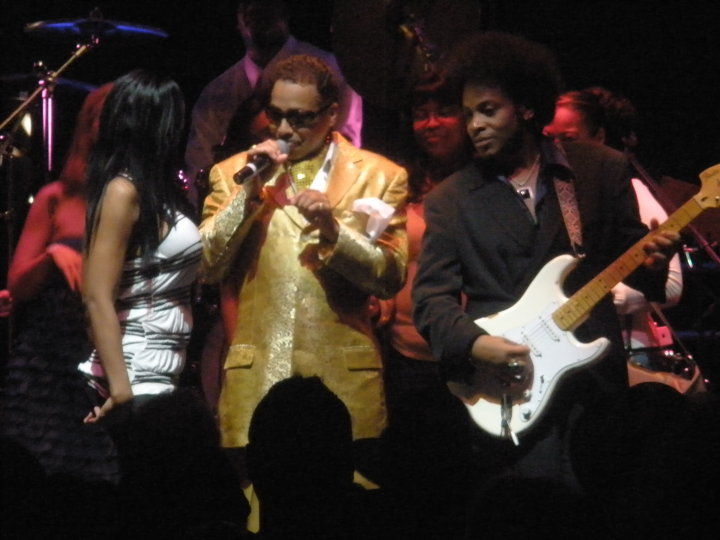 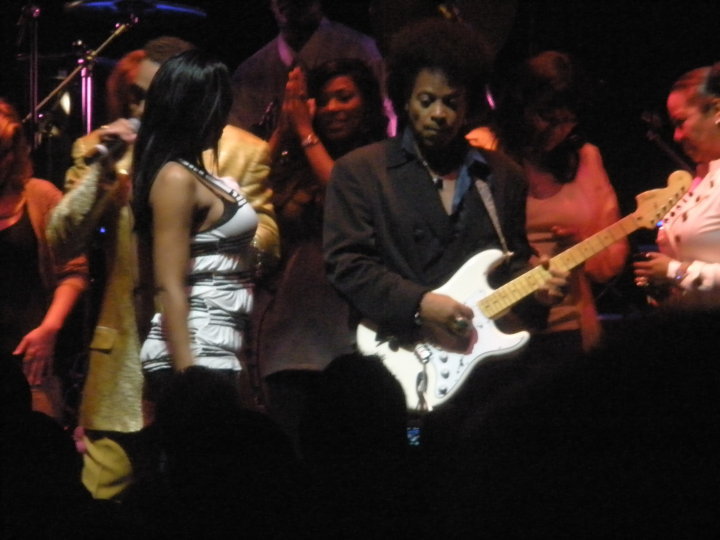 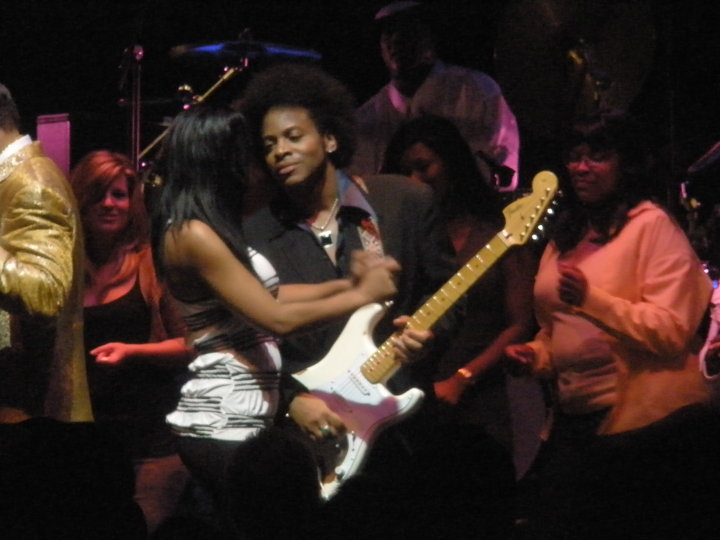 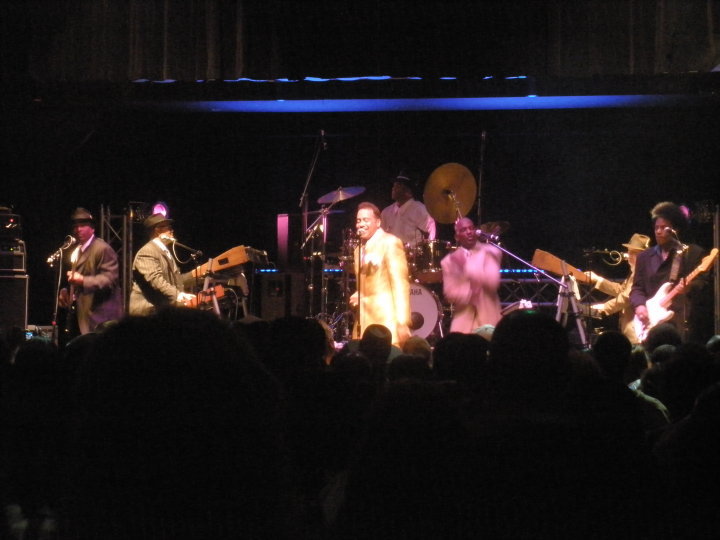 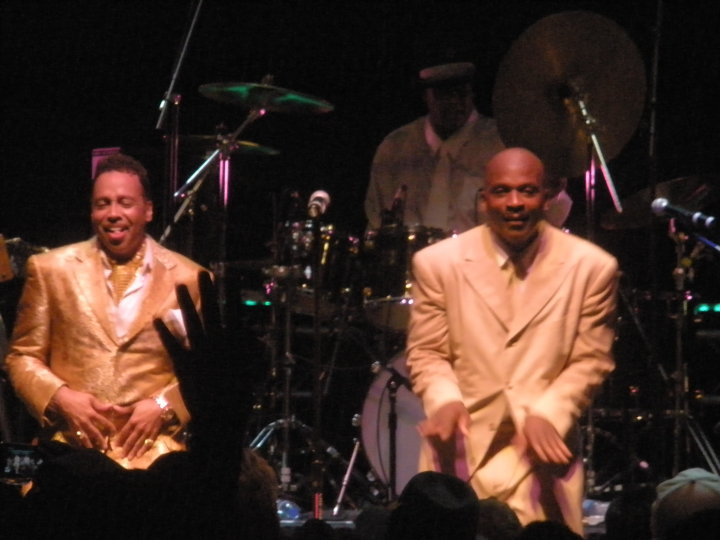 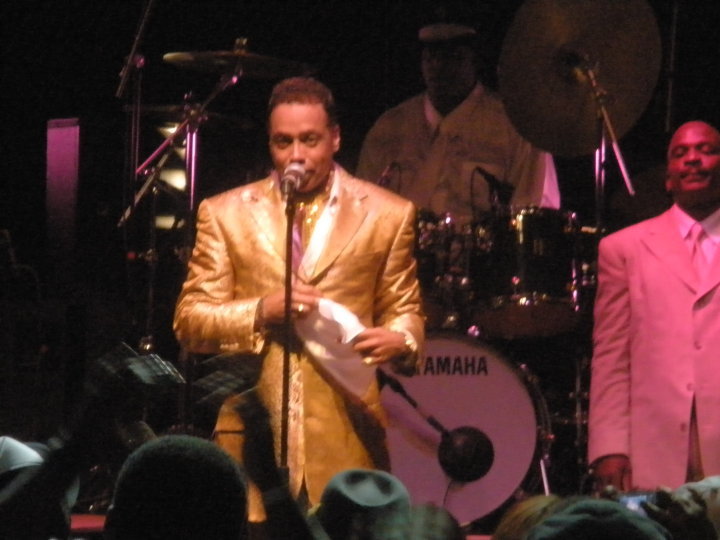 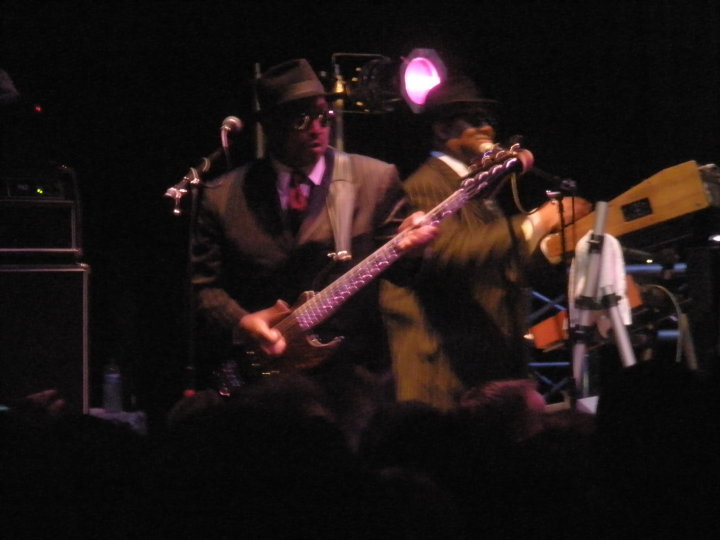 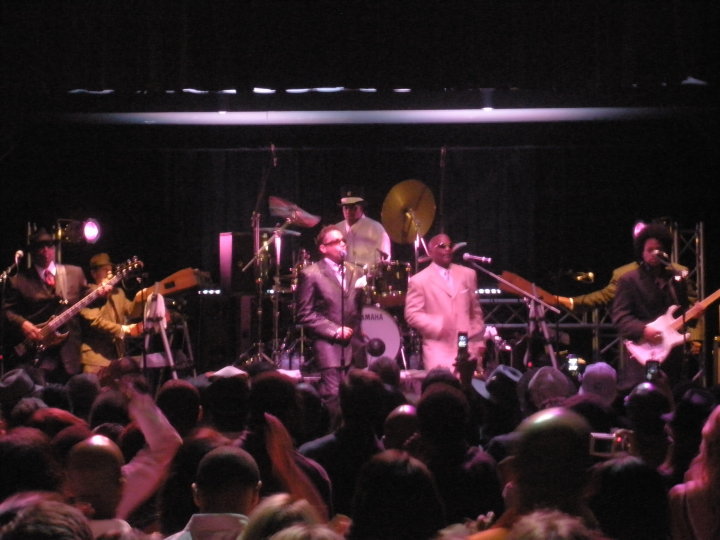 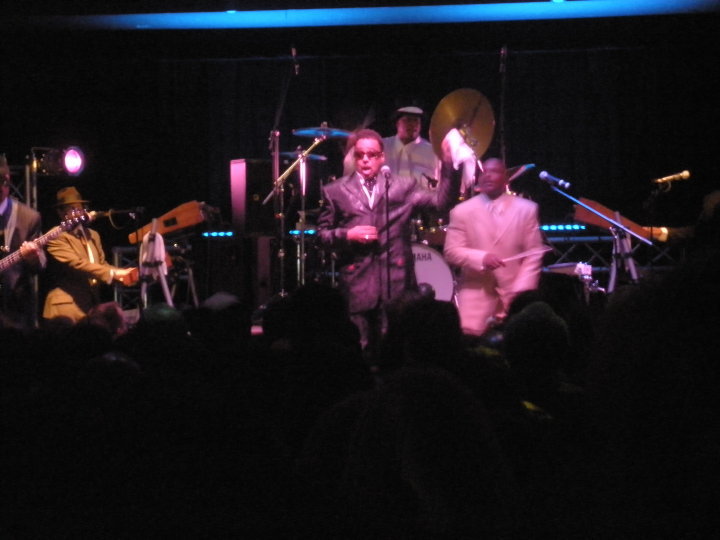 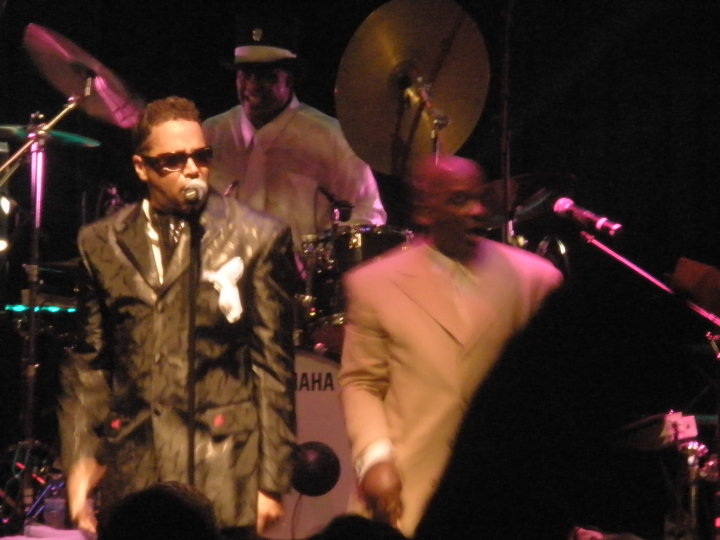 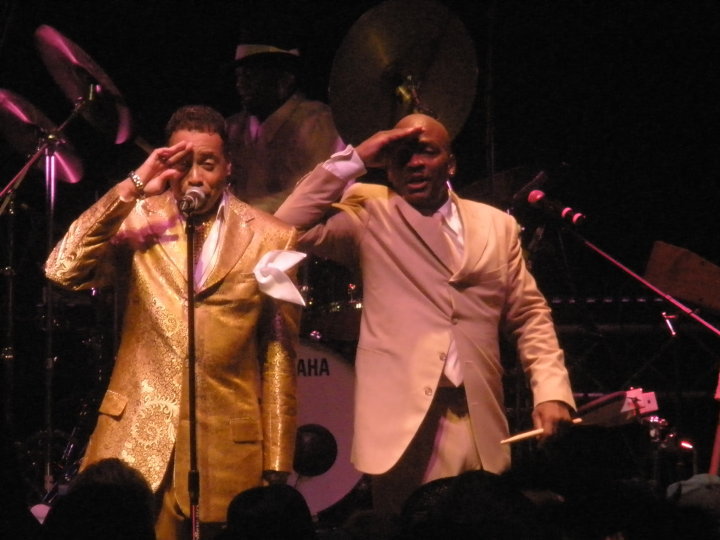