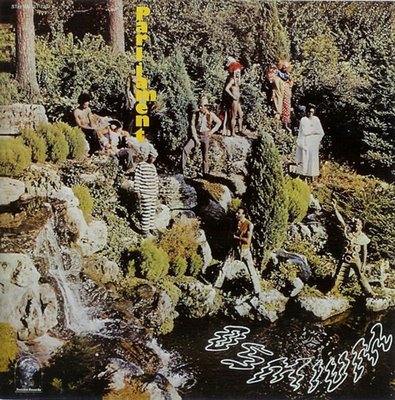 I’m not sure if it was seeing old school funk n’ R&B masters Cameo on Friday night that launched me into the frame of mind (probably is), but I’m knee deep into that sound, and in the middle of a Parliament and Funkadelic listen-a-thon the last couple of days. Particularly, I’m hooked in to the early stuff for both of George Clinton’s sister acts. The debuts for both bands came the year I was born: 1970.

I’ve been really digging on Osmium

, the debut from Parliament. What a wild, psychedelic, completely unexpected ride where you have no clue what strange and funky sounds are lurking around the next corner. The album has a lot more to do with the guitar-oriented psychedelic soul sound of Funkadelic than the 70’s Parliament funk / Bernie Worrell synth sound they came to be known for (with songs like “P. Funk (Wants To Get Funked Up)”, “Flashlight”, “Up For The Down Stroke”, etc.).

Indeed, it’s the guitar work of Eddie Hazel and Tawl Ross that shines strongest on Osmium – amid the cacophony of unique sounds. There’s soul, Hendrix-inspired rock psychedelia, gospel flavors, and hell, even a country-inspired tune called “Little Ole Country Boy”, which was written by British-born Ruth Copeland. She was married to Motown producer Jeffrey Bowen. When Bowen started producing for the upstart Invictus Label, and Parliament became one of its first signings, Ruth Copeland ended up co-producing the Osmium album with George Clinton, and wrote a couple of the tracks (“The Silent Boatman” being the other).

“Little Ole Country Boy” has a very infectious chorus that will have you singing along after repeating 3-4 times, which you will do because it’s so – out there… I mean, this is Parliament? Awesome!

Oh, and De La Soul fans, you’ll recognize this yodel in “Potholes In My Lawn” from their debut, 3 Feet High & Rising

The Power and Mystique Of Minneapolis