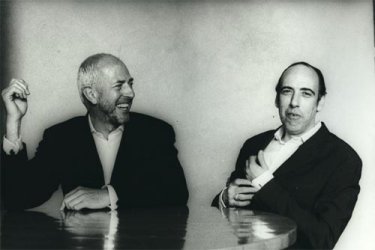 I’ve been reading a bio of the Clash called The Clash: Return of the Last Gang in Town (thanks to a recommendation from Ickmusic reader Sean – thanks Sean). I’m only 100 pages into a 500 + page book, but it’s really cool to read all of the background of the members leading up to the formation of the Clash.

Mick Jones was Clash guitar-man and the higher pitched voice that complemented Joe Strummer’s snarling rough and tumble vocals. Before the Clash formed, he and bassist /guitarist and friend Tony James were in a number of bands together, the most popular of the bunch called London SS. Tony later went on to form Generation X with Billy Idol. Later in the 80’s, he formed Sigue Sigue Sputnik.

So naturally you tend to wonder what these blokes are up to these days. Mick had his post-Clash success with Big Audio Dynamite (later renamed BAD II), but I hadn’t been keeping up with his whereabouts lately. Much to my surprise, Mick Jones and Tony James teamed up in 2004 to form Carbon/Silicone. They’ve been busy recording and releasing mini EPs exclusively through their web site.

From their Wikipedia entry:

Similar in many respects to Jones’ earlier work in Big Audio Dynamite, Carbon/Silicon aims to break the traditional approach to rock and roll. The band was described by critic Alan McGee as “…the Stones jamming with a Laptop,” and they make use of samples in their recordings and live shows. The formation of the band was catalyzed by the internet and p2p file sharing. The first song written by Jones and James was entitled “MPFree,” in which they expressed their willingness to embrace the technology of the internet and file sharing, in the interest of spreading music, rather than profit. The band still makes live bootlegs and recordings freely available through their own site, and the popular fansite – carbonsilicon.info.

It’s great stuff. Two of my favorites are featured here. Go to their web site to download about a dozen other tracks as well.

The Boss Brings it Home