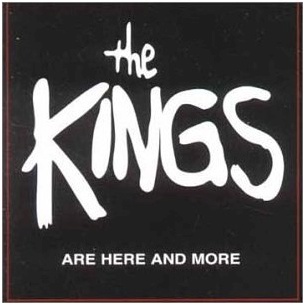 The song playing on the clock radio when it goes off at 6:15 every morning can make or break the day for me. This morning, Queen’s “Fat Bottomed Girls” was playing.

So it was imperative to throw on another tune very quickly, and de-program the “song in my head”.

What better weekend song than “This Beat Goes On / Switchin’ to Glide”? Released on the Kings’ 1980 debut album ‘The Kings Are Here‘, the tune hit it big on rock radio, but the Kings ended up being put out to pasture in one hit wonder land.

Buy: The Kings Are Here and More