May I recommend a couple of cool interviews? I may? Awesome.

Check out Tavis Smiley‘s rather excellent interview of Prince on his PBS show earlier in the week. It’s the most in-depth TV interview I’ve seen with Prince in – well – ever, I think. 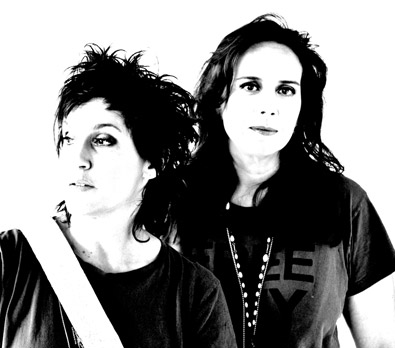 After I watched the Tavis interview last night, I stumbled on this interview of Wendy & Lisa by Out magazine. They speak very candidly about their relationship (lovers since 1980), and about Prince – which is rare for anyone who leaves his circle.

How conscious was Prince of assembling for the Revolution that racial and sexuality rainbow you described?

Wendy: He was incredibly conscious of it. Look at the way he looked during Dirty Mind and Controversy and 1999. He was so androgynous. He didn’t care if you were [paraphrasing Prince’s “Uptown” lyric] “black, white, straight, gay, Puerto Rican, just a freakin’.” That guy wanted fans. So anyway he could get them — and a more interesting way he could do it — appealed to him. The Sly and the Family Stone mentality, that whole black/white/freaky thing on stage appealed to him.

Lisa: I’ll give you an example. We had a photo shoot for the Purple Rain poster. We were all in our different positions and he at one point walked over to me and Wendy and lifted my arm up and put my hand around Wendy’s waist and said, “There.” And that is the poster. That’s how precise he was about how he wanted the image of the band to be. He wanted it to be way more obvious. We weren’t just the two girls in the band.

Wendy: We were the couple.

Lisa: We were the gay girls in the band. It was very calculated.  – Read On –

I had the poster they’re talking about hanging in my room from 1984 to 1988 (when I left for college). Man, some of those Prince, Apollonia and Vanity posters in my room. My folks really must have wondered who was sitting at the dinner table with them sometimes… 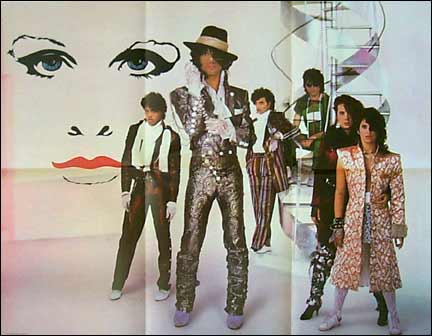 Read: Out interview of Wendy & Lisa