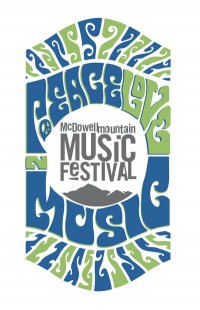 Since 2004, the McDowell Mountain Music Festival in Scottsdale has been a yearly spring highlight in my desert home, treating music lovers to the likes of Ratdog, the Wailers, Gov’t Mule, the Neville Brothers, Los Lobos, Blues Traveler, and last year – none other than the Flaming Lips. The setting spectacular: north Scottsdale’s WestWorld –  a large complex offering camping, RV parking, and an immense field of green grass. Plenty of room to take in the music, or break away for a walk around the grounds to check out the vendors, drum circle, kids area, and most importantly, the beer tents.

Well – the festival is back this year, their 2010 lineup announced today. In fact, they’ve even expanded to 3 days. The venue, however, has changed. Instead of Westworld this year, attendees will need to make their way to the northeast corner of 68th St. and Mayo Blvd. This year, an outdoor stage will be erected in the parking lot next to the Compound Grill – a new restaurant and live music venue owned and operated by the same folks who run the festival.

The decision to change venues was based on financial constraints. From the MMMF’s Facebook page:

Our mission has always been to give 100% of the profit back to charity. That mission combined with the current economic situation and a reduction in sponsor contributions has prompted us to change the venue….The founders have prided themselves in donating over $500,000 to family-based charities, never taking a dime for this effort. When last year’s donation came to only $12,000, it was necessary to change strategies.

No one can knock the organizers for working within their means. The economy sucks, and I’m grateful that the festival is even surviving (another local festival – the more mainstream Tempe Music Festival – called it quits this year). But I can’t sugarcoat it – I can’t help but be disappointed at the loss of Westworld as a venue. Westworld offered an ambiance and a loose, laid back charm that a north Scottsdale parking lot will not come close to matching. Last year, for my third year at the festival, I rented a RV and brought the family. We had a great time, and the kids were looking forward to another RV adventure this year.

But – venue disappointment aside – local music festivals need to be supported through good times and bad, and I’ll be there again to support the charities and see some live music. Hopefully enough dough is raised this year to bring the festival back to Westworld in 2011.

So let’s take a look at the lineup…

There aren’t any acts this year that make me jump up and do the happy dance – but it’s good to see that Grace Potter & the Nocturnals will be returning for a third time, closing the festival on Sunday evening. She never disappoints live. And Trombone Shorty? Good call. Any genuine New Orleans flavor is always welcome – especially in snooty north Snottsdale (I kid my Scottsdalian neighbors). Robert Randolph & the Family Band of course are great live. And I’ve heard good things about Toubab Krewe and Ryan Shaw.

I know nothing of Super Chikan, Ruthie Foster or John Brown’s Body – but it’s fun to explore new stuff. Super Chikan looks cool at a glance.

This year also introduces MMMF’s first “After Hours” shows on Friday and Saturday night – which require a separate ticket for each night. Assembly of Dust is Friday night. I was pretty lukewarm on them when I saw them at last year’s MMMF. But Saturday night, it’s Steve Kimock & Crazy Engine – playing from 11pm to 2am. I’ll be tired – but I’m gonna catch Steve for sure. Steve’s guitar playing is supposed to be pretty bad-ass live. Looking forward to it.

So while the initial emotion for a lot of live music lovers who have attended MMMF in the past is one of disappointment, it’s as important as ever to support the festival and its mission: “to support the community, the arts and the underprivileged.” For what it’s worth, Ickmusic stands behind the McDowell Mountain Music Festival, and hopes it continues on – and thrives – for years to come.

Lord knows we need a good festival out here in the desert.

I Must Be In A Good Place Now